Effective immediately, entries are open.
Teams can be entered by clicking on the following link:

Entries are per team only. The event is not open to individuals, though individual riders will be catered for as part of composite, regional or provincial teams.
One person, can enter a team of 5 riders.

The manager doing the entries will need to complete the entry for the team in one sitting.

Continuing with its commitment to provide more communications about the 2022 event. Cáirde Rás Tailteann has some more detailed news regarding the 2022 route. During the last weeks an intensive review of the physical route was carried out. The route stage ends will all stay the same as the previously published route for 2020/21, but there is one significant change relating to stage 3. Instead of starting from Castleisland in County Kerry. The race will now transfer to Newcastle West and begin stage 3 from there, still finishing in Lisdoonvarna. This change has been decided upon in the interest of avoiding traversing Limerick City and instead follows a route east and north around the city. This will have the effect of making for a more interesting and challenging stage as the riders’ approach Lisdoonvarna for what is sure to be another exciting finale and longest stage of the 2022 event.

On behalf of myself and Cáirde Rás Tailteann. We are thrilled to be in a position to announce details of our event for 2022. After a difficult four-year absence, it is fantastic to look forward to this magnificent race returning to the highways and byways of Ireland. We look forward to welcoming our visiting teams and most importantly, our own Irish based county riders back onto the prestigious and internationally unique platform that is the Rás. This year is all about getting the show back on the road and giving centre stage back to the county teams together with a balanced mix of overseas competitors. We are grateful to our funding partners and sponsors, details of which will be announced in the coming weeks, along with details of our visiting teams. On a personal level it is a huge honour for me to be race director this year, given the respect I have for those who have held the position previously. We look forward to seeing you all on the roads of our
beautiful country this coming June

The 67th edition of the race will again travel clockwise around Ireland with stage finishes in Horse and Jockey, Castleisland, Lisdoonvarna, Kilbeggan, before starting the final stage in Kinnegad to the finishing circuit in seaside town of Blackrock, Co. Louth. Riders will cover 756km with 8 categorised climbs which will act as a platform for attacking riders to battle it out for the coveted Rás yellow jersey.

Stage 5 Kinnegad to Blackrock, Louth – 135.3 kilometres For the final stage the race transfers to Kinnegad for the start heading east to “the Wee County” of
County Louth and to the seaside village of Blackrock. The race travels through Trim and Navan and onto Slane where they will face the Cat 3 climb in Slane
at 54km and into Co Louth for another Cat 3 climb in Collon at 63km. From there the riders will pass through Ardee and Castlebellingham in the direction of Dundalk making their way to the beautiful seaside village of Blackrock where the riders will arrive after 96km of racing. They will then go on to take in 4 laps of a technical finishing circuit of just under 10km in length. This will be a stage for spectators, where they will get to witness multiple times, the exciting final hours
racing of the 2022 edition of An Rás Tailteann. Back in 2018 Luc Bugter seized the opportunity in dramatic fashion on the final lap in Skerries to take the final yellow jersey in the very last moments of the race, in what was an unprecedentedly close and exciting finish. The 2022 event could go down to the wire in a similar fashion. 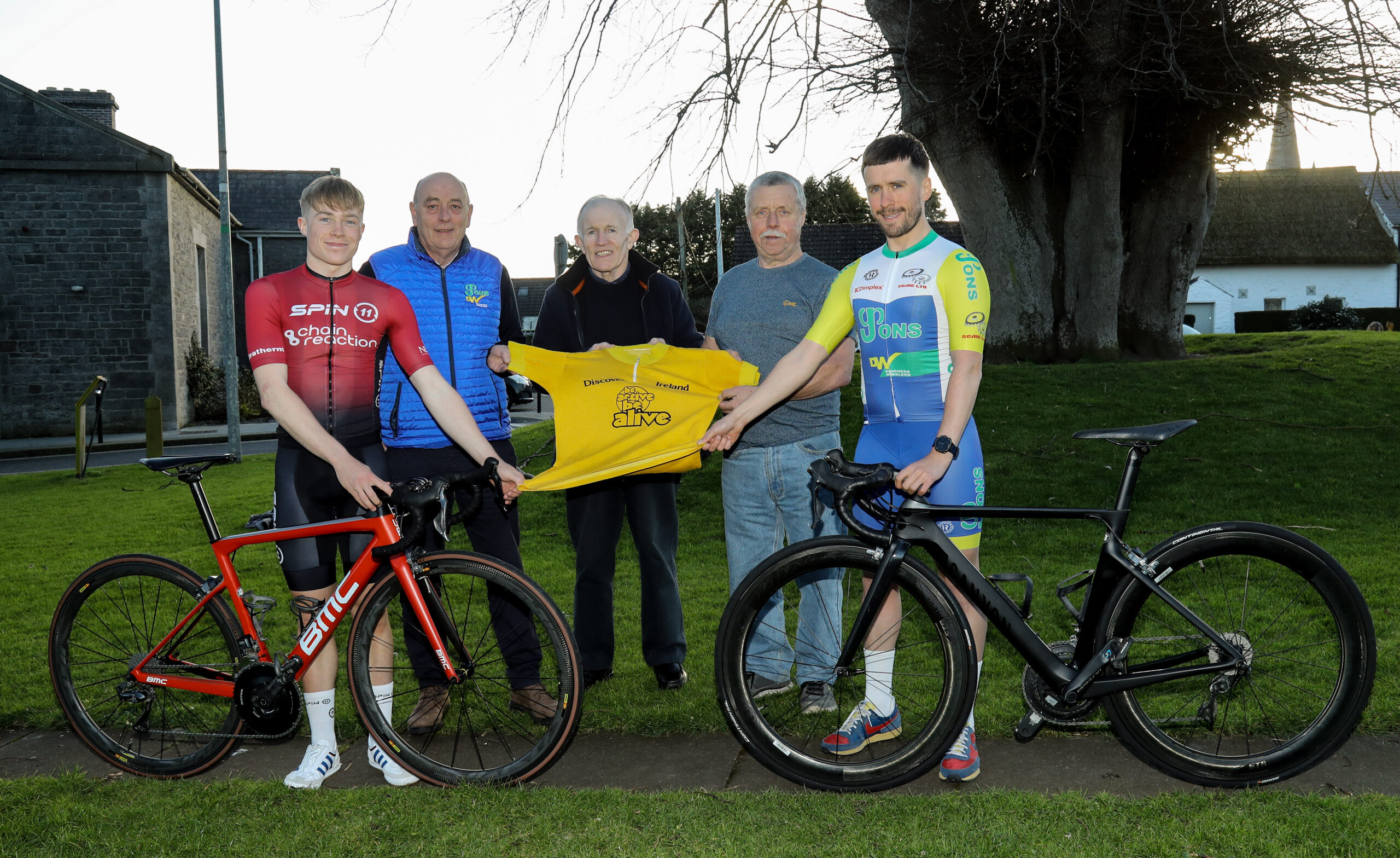